“We provide our comments on a new material with good adsorption properties which might be useful for leachate treatment” .

New products and services are constantly coming online. It's hard to keep up with them all. We get tired of the continuing notices for new products, generally many people just stop paying attention to them. To avert being bothered by the low-quality ones we quite often just ignore them all, feeling that there's little or nothing worthwhile out there. Generally we are right.

Occasionally however, there can be exceptions so it is always best to keep an open mind and keep looking and assessing new developments…

Some can be quite good, worthy of a 2nd look, but ultimately don't appeal. By way of example, there's a product within the leachate treatment by heat treated zeolite media category, named “heat treated zeolite” that at first glance shows quite a lot of promise.

So tell me, why is it getting attention and is possibly developing a following?

Well, in general it has been the subject of several research papers which have been published on the internet.

Specifically, one can find 3 important benefits that set leachate treatment by heat treated zeolite media as a possible method of adsorption, which academic researchers mention inside their published papers. These benefit-attributes are that uptake of BOD, COD, a number of metals, and ammonia (ammoniacal nitrogen) is achieved.

Listed here are the details on each:

– The same occurs for the metals

– Ammonia is similarly transferred by adsorption into the zeolite

All right. So that's the positive side. What is there regarding the negative side for leachate treatment by heat treated zeolite media ? What are the weaknesses?

The biggest downside that we've found thus far is that there is no conversion of the organic content into it decomposed forms (e.g. ultimately principally carbon dioxide, nitrogen, and water) which is needed if the adsorbed material is to be disposed of harmlessly to the environment, meaning that the ammonia removal reported would simply leave the treatment process designer, still with, for example, ammonia to dispose of in the zeolite, and the cost which is likely to be high for rejuvenating the zeolite, or disposing of it afterwards.

The bottom line is that leachate treatment by heat treated zeolite media appears at first sight to be a helpful product, but ultimately is not worth the cost when considered as part of a sustainable long-term leachate treatment process design. For anyone who has use for its capabilities it's probably a very good investment, but that is not at the current time likely to be in leachate treatment and where GAC is already available. 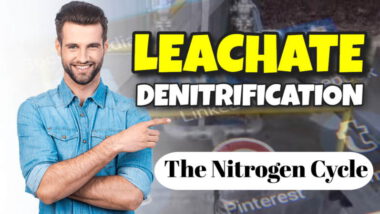 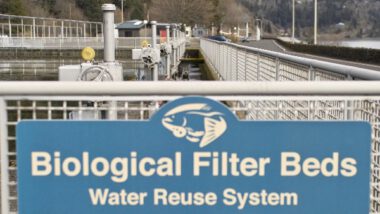 “Leachate-Treatment.com” is a participant in the Amazon Services LLC Associates Program, an affiliate advertising program designed to provide a means for sites to earn advertising fees by advertising and linking to amazon.com.
0 Shares
Tweet
Share
Pin
Share